Stubs are basically used in a TOP-DOWN approach of integration testing. In this approach, the upper modules are prepared first and are ready for testing while the bottom modules are not yet prepared by the developers.

So in order to form the complete application, we create dummy programs for the lower modules in the application so that all the functionalities can be tested.

What are the drivers?

If we want to test any module it is required that we should have a main program which will call the testing module. Without the dummy program or driver, the complete testing of the module is not possible.

Example of the driver

Suppose we have an application in which three modules are there, say Login, Add student and Cancel Admission. Now we want to do the testing of the Add student module.

What is the difference between stubs and drivers in software testing? 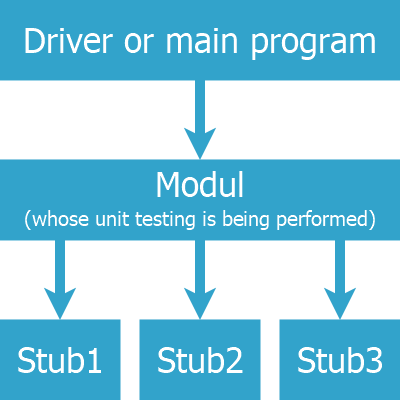